It’s probably bad mommy protocol to admit this, but I really, really wanted this baby to be a girl.  I’ve always pictured my first child would be a daughter, and I have this whole vision of a relationship with my daughter that’s as close as the one I have with my mom, and that she had with her mom, and that my mom and my daughter would be as close as I was with my grandmother… perfect circle and such, you know.  No pressure on anybody or anything.  Ha.Anyway, I’m getting my wish – we’re having a daughter.  We had our 20-week anatomy scan today, and everything looks great, is the right size, appears to be functioning correctly, etc, including teeny tiny ladyparts (obviously the fact that she has a brain and her heart is beating were of concern as well, but I went into the scan with the attitude that if I believed everything was healthy it would be).  I’ll refrain from including photos with this one, since it feels inappropriate to share the pics that prove the whole girl thing, and the rest of them make her look like a miniature version of The Punisher.  Stephen has warned me against everything turning pink and frilly and ridiculous now that we know, and I’m totally on board with the whole raising a child to be who she is or wants to be without regard for sex or gender stereotypes, but there WILL be at least one hot pink tutu involved in the process.

I already love this baby so much it hurts.  Hopefully she holds up her end of the bargain and loves me that much back.

Megan and I suspected she was pregnant in late October of last year, but were not able to confirm our suspicion until early November.  November was several months later than we had planned and it presented us with a some hurdles.  From the time we suspected to when we announced the news, we saw friends and family for Halloween, a dinner gathering, Thanksgiving, my birthday, and a work Holiday party for each of us.  Almost every gathering involved some amount of lying (sorry about that) and cloak & dagger-style ruses.

As if the holidays aren’t stressful enough, we had to think about food, alcohol, and to whom we could tell the news.  We made the decision early on that we’d only tell our parents and one friend each.  This is good in theory, but not in practice.

In one particularly difficult situation, we’d been invited to dinner by a friend.  Every food item he’d offered was something that either turned Megan’s stomach, or she flat-out couldn’t eat based on doctor recommendations.  To further complicate things, another couple had been invited.  Hand forced, I finally got to tell someone outside the trusted circle!  I really found this secret to be one of the hardest things to keep to myself.

For a different dinner gathering with friends, I was able to sneakily consume Megan’s wine, while also downing my own servings of beer.  It really was win-win for me… in addition to extra alcohol, I had a designated driver at the end of the night!  For Megan’s work party, she wasn’t so lucky.  People were on to her from the start of the evening and I wasn’t there to “double fist” her drinks.

It was a relief to reveal the news to our siblings at each family gathering.  There was no smooth way to reveal this news.  I muttered to Megan “should we say something?  Are you doing it, or am I doing it?” under my breath several times.

But how to announce the news to other friends?  The solution was obvious… a t-shirt on our cat with a Photoshopped message.  “Big Sister” 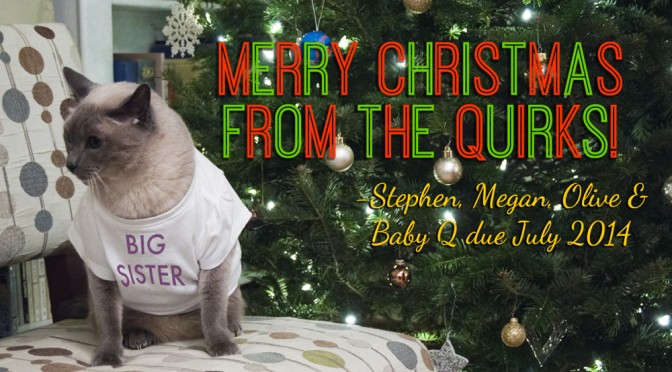 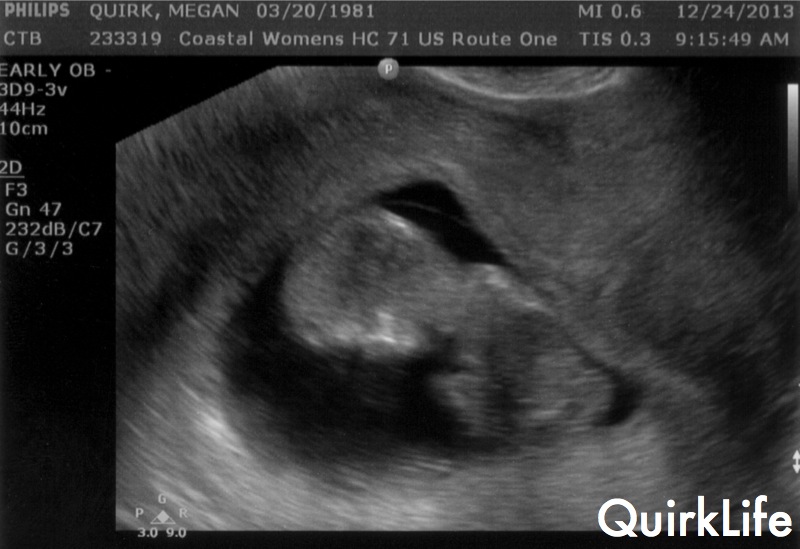 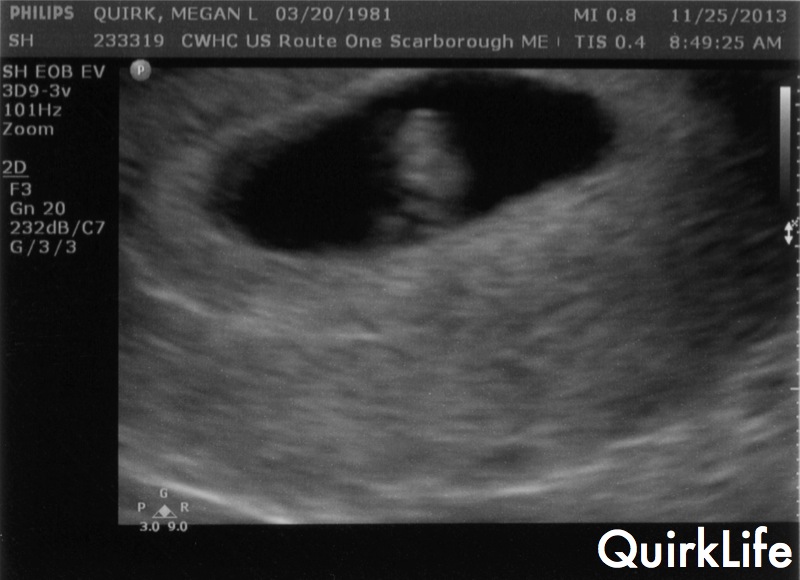 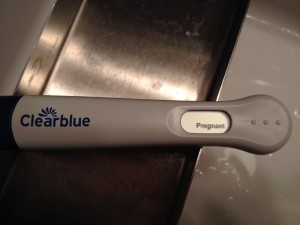 I am out of my mind excited.  I’ve actually known for three days now that I was pregnant – I could just tell, and kept saying so to Stephen – but I kept getting negatives from the cheap-o strip tests that came with my ovulation kit.  This morning I had had enough, so when I got up at 4am to take my mom and stepdad to the airport I broke out the fancypants $15 test (why I was saving the “expensive” one I don’t know, considering that $15 is an infinitesimally small drop in the bucket compared to how much a pregnancy and baby are going to cost) and it said pregnant pretty much immediately.  When I went in to wake up Stephen and said “guess what?!” (keep in mind the ungodly hour) his response was “you’re pregnant! awesome. [snore.]”  He was definitely a lot more excited when I got back to the house at a reasonable hour.

So yeah, totally preggers. The internet tells me I’m due in July. Holy crap this is actually happening.